Scraps and Rags arrived at the park at 5:30, early for them. There was a new dog, Lenny as well as Darby and a medium-sized black dog I have seen before but don’t know the name. He is now known as ?-dog to me until someone tell me something else. Later on Phoebe showed up and then Buddy, Lily, Molly, Yoshi, Goji and new dogs to the blog including Rusty and Sonny. The big dogs played while Rags barked at them. Fun was had by all.

To view a slideshow of the photos in Picasa Web albums go to the link below:
http://picasaweb.google.com/lgindoff/20100603DenvilleDogPark?feat=directlink 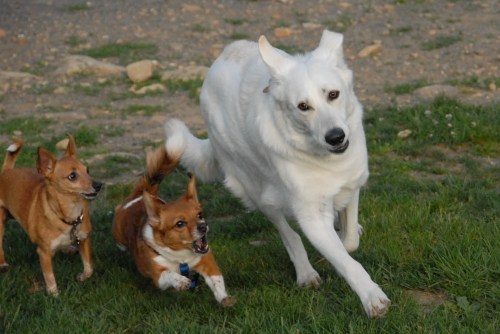